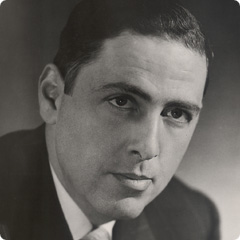 So why “Forgotten Craftsman”? Well, Herman Wouk might not be overlooked by book lovers in general, but I’ve certainly never heard anyone under fifty talk about enjoying (or even reading) his work. To be fair, the only reason I know Wouk’s name is because his 1962 novel, Youngblood Hawke, has been my father’s favorite for as long as I can remember. During my undergraduate years, I decided to have a look at this book, and could barely put it down after reading the first few pages. Rereading Hawke now, I can safely say that its appeal comes largely from the fact that there is almost no aspect of fiction (i.e. Setting, Characters, Tone, Plot, etc.) that Wouk doesn’t nail in a compelling way.

If I were to draw an analogy to illustrate Wouk’s appeal, I’d compare him to tennis star Andy Murray (mostly because I love tennis). Just as Andy Murray has had the misfortune of playing professional tennis in the era of Federer, Nadal, and Djokovic, Herman Wouk spent much of his career being overshadowed by heavyweights like Norman Mailer, Ernest Hemingway, and William Faulker. On the tennis side of things, Murray just doesn’t have the swanlike grace of Federer or the brutish wallop of Nadal, so he can only succeed by being as good as he possibly can in every aspect of his game. The case is similar for Wouk, who might not have Faulkner’s exquisite cadence or Hemingway’s lean, athletic prose, but what he does have is a strong sense of balance and remarkable attentiveness to his reader.

Wouk’s better-known achievements include The Caine Mutiny, for which he won the Pulitzer Prize in 1952. The book was largely immortalized, though, because of Humphrey Bogart’s later portrayal of Captain Philip Franics Queeg in the movie version. Perhaps Wouk’s most monumental feats, however, were his novels The Winds of War (1971) and War and Remembrance (1978), the researching and writing of which took him thirteen years to complete. I would suggest any of these books to someone interested in exploring Wouk’s oeuvre, but as a starting point, I recommend the aforementioned Youngblood Hawke. 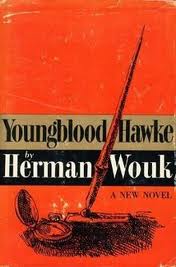 Youngblood Hawke is the story of a young man from Kentucky named (yup) Arthur Youngblood Hawke, who has an amazing talent for writing and has moved to New York City after signing a publishing contract for his first book, the histrionically titled Alms for Oblivion. Hawke is incredibly prolific, living a normal life by day and writing feverishly by night . Being from a very modest rural background, he is driven by dreams of literary fame and literary fortune. Hawke’s desire for quick money leads him to invest much of his wealth in shifty deals with friends from his past. Yet as much as he produces and as much as he makes in advances, he still sinks himself into debt. The scenes that show him pulling all-nighters to keep up with his exorbitant spending could easily have inspired the manic nocturnal labours of Mozart in Miloš Forman’s 1984 film, Amadeus.

Along with Youngblood, the book includes a cast of memorable characters, some hilarious and some heartbreaking. Youngblood’s mother, for example, is a steaming teapot of a woman who only seems happy when she’s suing someone. Hawke’s older love interest, Frieda Winter, is a twiggy time capsule of 1950s' New York elitism.

Overall, the most enchanting thing about this book is the way its setting and characters transport you back to the lavish parties hosted by publishers in New York City during a time when novels were still a culturally dominant medium and fresh authors could set the entertainment world abuzz. The narrative effect is similar to what The Great Gatsby achieves in plopping you right in the middle of the Roaring Twenties. It is by hitting all the right cues that Wouk is able to make his writing so enjoyably immersive. With all that said, I heartily encourage you to give this book a try.

Once a contemporary of Hemingway, Faulker, and even Steinbeck, Mr. Wouk is still alive today. He is 97 years old and resides in Palm Springs, California. I can only imagine the stories that guy could still tell. 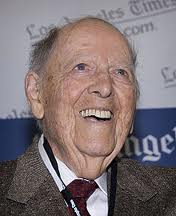